A downloadable game for Windows and Linux

As long as you sync your defend, attack and move action to the upbeat soundtrack from Jason Shawn your signal won't get traced.

Random power-ups might augment your unicorn code along the way.

Once you mastered the rhythm, go for a high score by keeping your combo up as long as possible.

Created with GDevelop during the 48 hours of Global Game Jam 2018.

Hack into uniconfigs.txt to customize controls, resolution and fullscreen.

The cat gamer258 days ago

i have no idea the way this is supposed to be done correctly.

I read the page, tried it out a few times, but it seems random that I take "damage" when there;s nothing but lines and dots. Nothing else, so it seemed fine,

I assumed you use shield for those things that shoot at you, and the other move "attack"

i dunno. A tutorial is sorely needed.

Agreed, needs a tutorial or a better start sequence to teach you the beat. In the meantime: See that signal bar that has you health in it? It pulses every time the soundtack hits a beat, after that you have a small window to do any action. So as long you sync your inputs with that beat pulse you should be ok, the line and dots aren't that important except for points where the beat cuts out. Some more tips:

- Doing no action on a beat causes less damage than missing a beat. Often its better to just let a few beats pass in order to get into the groove again.

- After chaining 6 successful actions you'll start gaining health back each time you chain another 4 action (increased bonus after very long combos). The first couple successful block against Attack Barriers also heal you. Missing a beat, doing no action after a beat or getting hit by Attack Barriers will kill your combo.

- You can defend or attack in place in order to keep your current combo, but only moving forward, striking enemies and successful blocks will increase it.

- Attack Barriers will strike one the next beat after targeting you. Your default "defend" firewall only lasts for two beats, so you either have  to defend during the beat your are targeted on or the next one in order to successfully block. Your firewall can last longer with certain power ups. Attack Barriers will only start targeting you when jumping to the node in front of them.

- Your attack will only strike at the next node, but power ups can increase the damage you deal per strike.

- Running into Firwalls/Attack barriers will always do a lot of damage. You'll always want to bash them down before moving.

The flashing thing is a helpful tip. I was going to suggest some sort of visual beat timer ( Ala Crypt of the Necrodancer )

Mainly because I'm deaf, so it's difficult for me to " get into the groove" once I lose my place ( the reason I figured out I was taking damage on seemingly nothing )

I can play COTN, ( albeit; not the best) So i figured this was something i could mess with as well.

I'll look for that flashing, that would help immensely.

I already watched your youtube video to see it in action, as well ^^b

Thanks for the reply!

If I ever revisit this I'll make sure to add some more visual aids. Like right now there is no way to tell when a beat has passed and the health bar pulsing isn't super obvious. Also I just had another go at COTN to compare and the interaction time window seems way more forgiving there. RSU might actually be harder as far as timing is concerned, I did almost no testing on other people so far and I know the whole thing in and out by now, so I have now idea how difficult it really is. :D 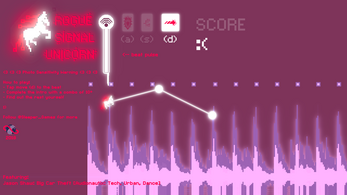 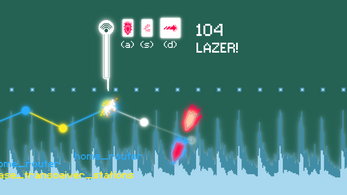 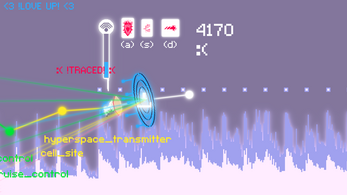 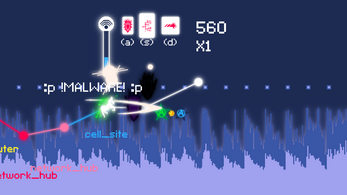